The power of the Cadetship program is immeasurable. For 2nd Year Cadet Michael Tran it’s been a journey of challenge, personal and professional development and crucial confidence building. Michael is studying a double degree in Law & Arts at the Monash University and completing his work placement at top tier law firm, Allens Linklaters. Here he tells his tale of transformation.

I have always been fascinated by Alice in Wonderland, who fell down the rabbit-hole and found herself in a cycle of adventures that tested her courage, intellect and perseverance. Strangely, I resonate with Alice’s whimsical adventures, through my experiences as a first year Cadet.

Unlike Alice, who fell down the rabbit-hole, my first day as a Cadet involved rocketing up the other direction in an elevator…37 floors up to be exact. I felt anxious and daunted. A first-year law student, with no knowledge about the legal industry, was about to step foot into a global top-tier law-firm. Nonetheless, the doors opened and I was greeted by the sign Allens, a place I would call my Wonderland for the next five years. 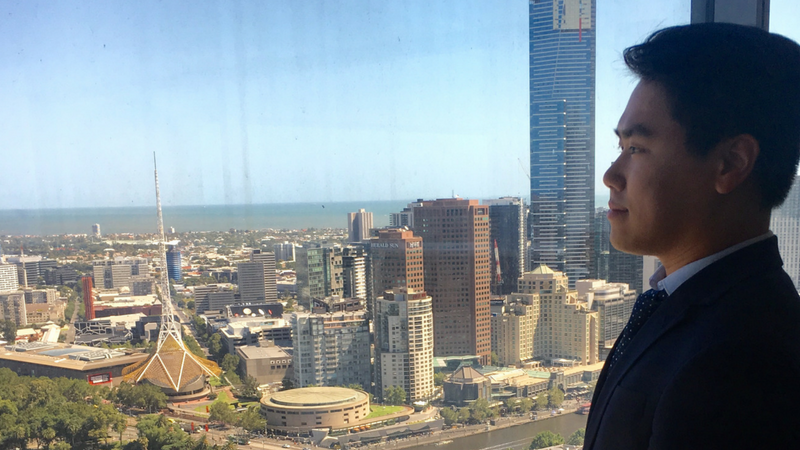 Photo (Allens Office/Melbourne Skyline): “Climb mountains not so the world can see you, but so you can see the world.”

Prior to my Cadetship journey, my self-confidence had always been clouded by my experiences in high-school, where I had always felt isolated, judged and misunderstood. My past had stripped me of my true personality and my self-belief. I always feared what others thought of me. I was afraid of not ‘fitting in.’

Yet, since stepping out of that elevator, I have been showered with endless support and guidance from my two mentors; Pete and Chris who have enlightened me about the importance of self-confidence in the ruthless legal industry. I was reassured that being a young and curious Cadet at such a large law-firm, was an advantage, as I could afford to make mistakes and to ask questions and to learn from them.

I was inspired when I became a member of the Cadet cohort, all of whom have persevered through their own hardships, but managed to find the strength to fight through.

And it was then I realised, that my past does not define me. 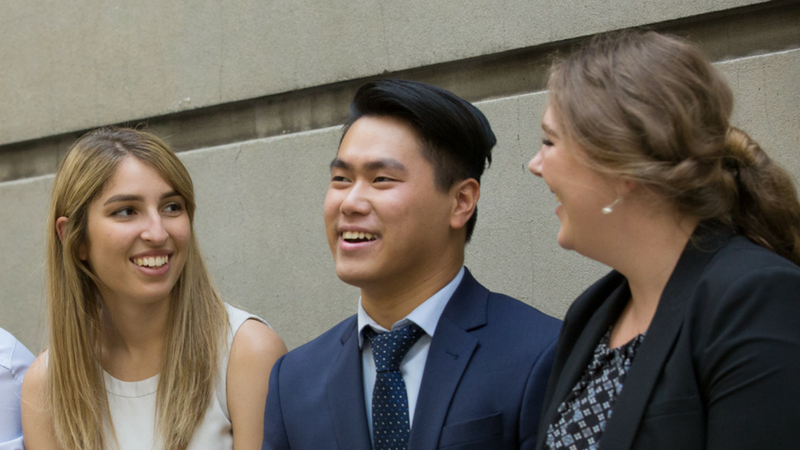 I began to gain a level of confidence that was previously, non-existent. I had the courage to network with other lawyers at Allens, casually and professionally. I was confident enough to tackle new tasks without any fear of failing. I had the self-belief to project the best version of myself to the world. I was no longer afraid, of being ‘me.’

This Cadetship and my time at Allens has allowed me to grow so much as a person, professionally and personally, in ways I never thought were possible. As each day passes, I continue to develop the passion, qualities and skills required for the legal industry and to live a more confident life, knowing that everyone involved in the Cadetship program, is cheering me on.

I can’t go back to yesterday because I was a different person then.