As part of our Malmsbury camp experience, a group of campers recently participated in a “Goldrush” experience in the Victorian Goldfields in order to learn more about the history of the local area.

First of all they caught an old fashioned steam train from Castlemaine to Maldon, both former gold mining towns.

In Maldon they explored Carmen’s tunnel which was lit by a series of candles. The tunnel is 570m long and took two years to be dug out! Despite this process the tunnel only produced $300 worth of gold (roughly $9,600 today).

Then they took part in their own gold rush bonanza which was a series of short games such as gold panning and mine filing.

Big thanks to John Ellis of the Chewton Domain Society who donated a replica of an old diggers’ flag from the 1851 Monster Meeting – a huge protest that took place in the local area many years ago. 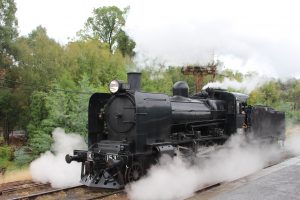 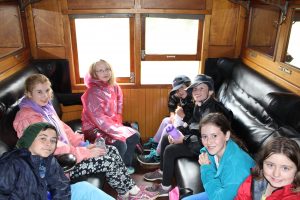 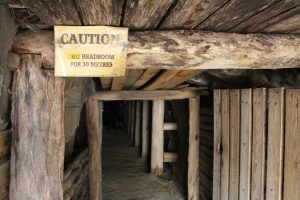 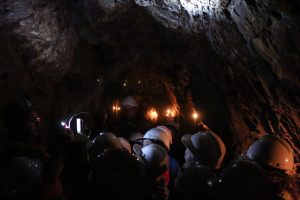 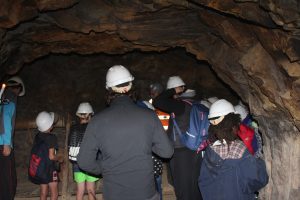 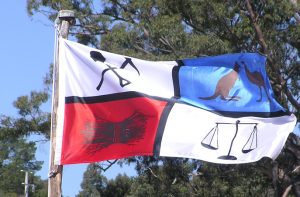